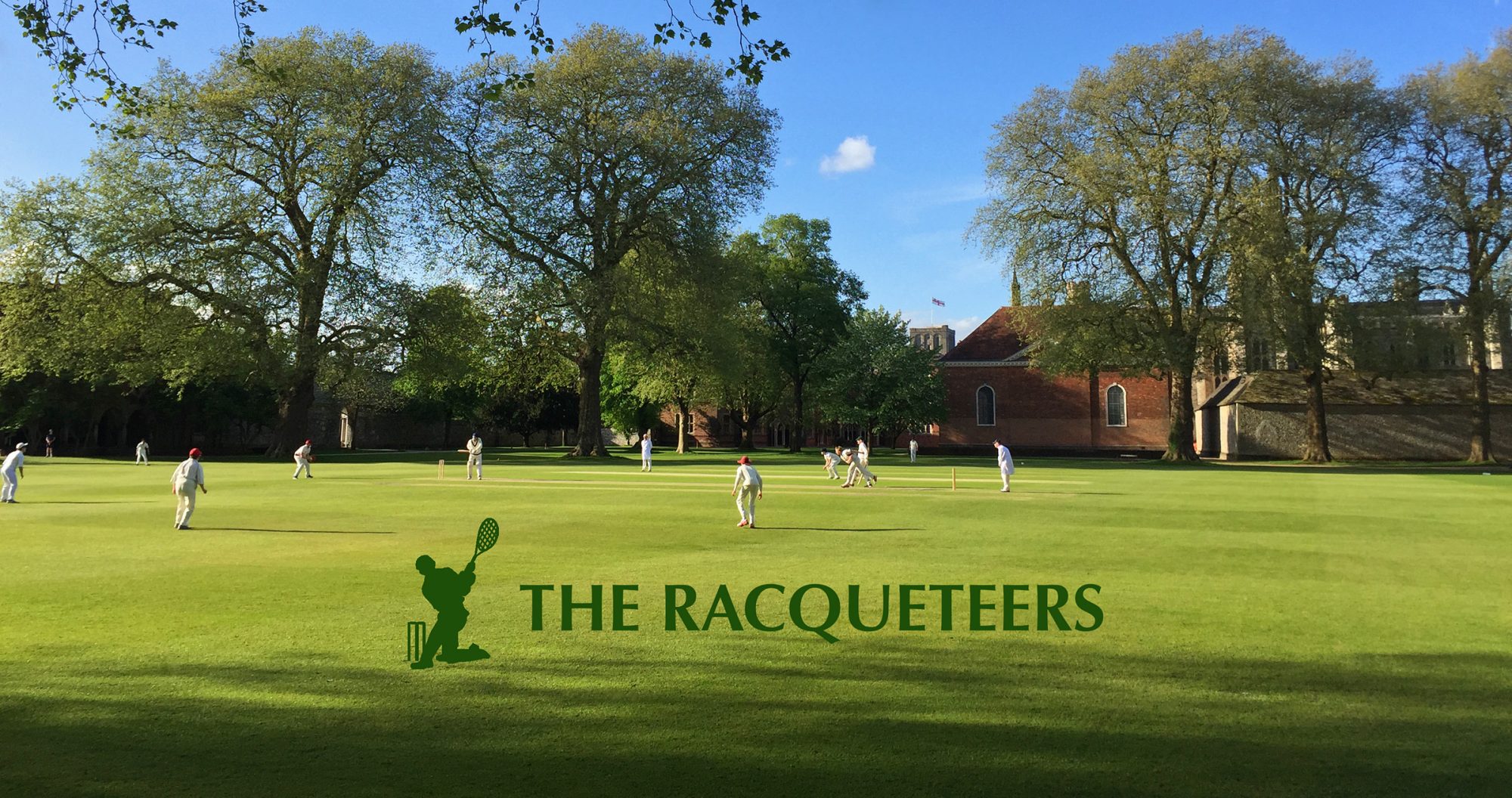 The last game of the season is a bittersweet thing. At Droxford, the last swallows were jinking about in the declining Hampshire sun – “thinking about their holidays”, as Jolly put it. The leaves on the many trees ringing the ground – and indeed on those standing within the boundary – looked as if they were thinking about having a little rest on the Hampshire turf. And the sun was starting to lose its battle with the chill, which could be distinctly felt on the Hampshire breeze. Jumpers were in evidence as The Racqueteers took to the field.

Rishi opened the bowling tearing in down Droxford’s not inconsiderable hill while Charlie Talks toiled manfully up it. Both were economical, conceding just 17 runs off their eight overs. Rishi was rewarded with three wickets, Charlie just the one; perhaps it was the hill. Ted Talks and Yox also bowled with focus and intent, and were unlucky to claim only one victim between them – Yox’s legspin doing the work. Yox also conceded a strikingly miserly 1.8 runs an over, but this was not his greatest achievement. Struggling with his footwear while fielding at deep midwicket (guarding one of the trees that scores you four runs if you hit it) he ran off between overs to change his boots, only to find one ball of the over in fact remained to be bowled. Of course, it was hit straight to him. And of course, he fielded it in his socks. Without undue fuss. Such is the spirit of Yox. Such, indeed, is the spirit of cricket.

Droxford set us a target of 101 to win. It looked doable. Sepia and Ted Talks laid the firmest of foundations – Ted (50) hitting his first half century, not just for the Racqueteers, but ever, while Sepia (18 retired – not out) batted with grace, patience and profound respect for Droxford’s bowling. And if that was off 96 balls, who was criticising? He had found the key that unlocked the game, then graciously left it to others to walk through the open door. It is a pity that he couldn’t work the same trick with his own car… Having mysteriously locked the keys inside it (is this even possible?), he had to be rescued by Gill, who generously drove out with the spare then stayed to watch the match’s conclusion. After Ted lost his wicket, bowled, the Skipper (14 not out) and the Bard (8 not out) finished the job, the Skipper bringing matters to a close with a convincingly struck boundary. It could almost have been a full stop. An excellent game, and another win for the Racqueteers – pointing the way to a positive season in 2023.